There’s snow outside my window as I’m writing this. Something that hasn’t happened in years!

I grew up in Spain, on an island in the middle of the Mediterranean Sea, where it never snows. So most of the times I’ve seen snow, it was because I had gone in search of it. The last time I walked in the snow was in Sweden more than three years ago. I had travelled around Norway and Sweden during February, with the sole purpose of experiencing a cold and snowy winter, something that was new to me, as I grew up in a mostly warm weather.

That same year, I moved to England during the summer, and my expectations for snowy winters were high. But I was disappointed when six months later I realised I had moved to one of the few English cities that doesn’t get any snow! Every winter, I’d sit next to my window dramatically staring to the cold grey sky wondering, it’s – 5°C outside, why isn’t it snowing yet?

A snowy walk in the park

It started snowing last Sunday. Out of nowhere, the city that never gets snow decided it was cold enough for a snowstorm! It snowed for more than 9 hours straight, and I’ve never been happier during this pandemic.

My partner and I walked around our favourite park, that looked even prettier covered in snow. We walked around our city watching every street get covered by a cold white layer, or as my partner calls it “frozen rain”, yes, he’s one of those people.

For the first time in almost three years, this chaotic English city started to feel like home to me. A snowy winter is all I ever ask of this season. I like pumpkins and rain during autumn, candles and snow during winter.

I don’t know if it will snow again this year, but I look forward to more long cold winter walks around the park, Chinese takeaway on the way home and hot chocolate by the window.

2 thoughts on “Personal entry: A snow day in England” 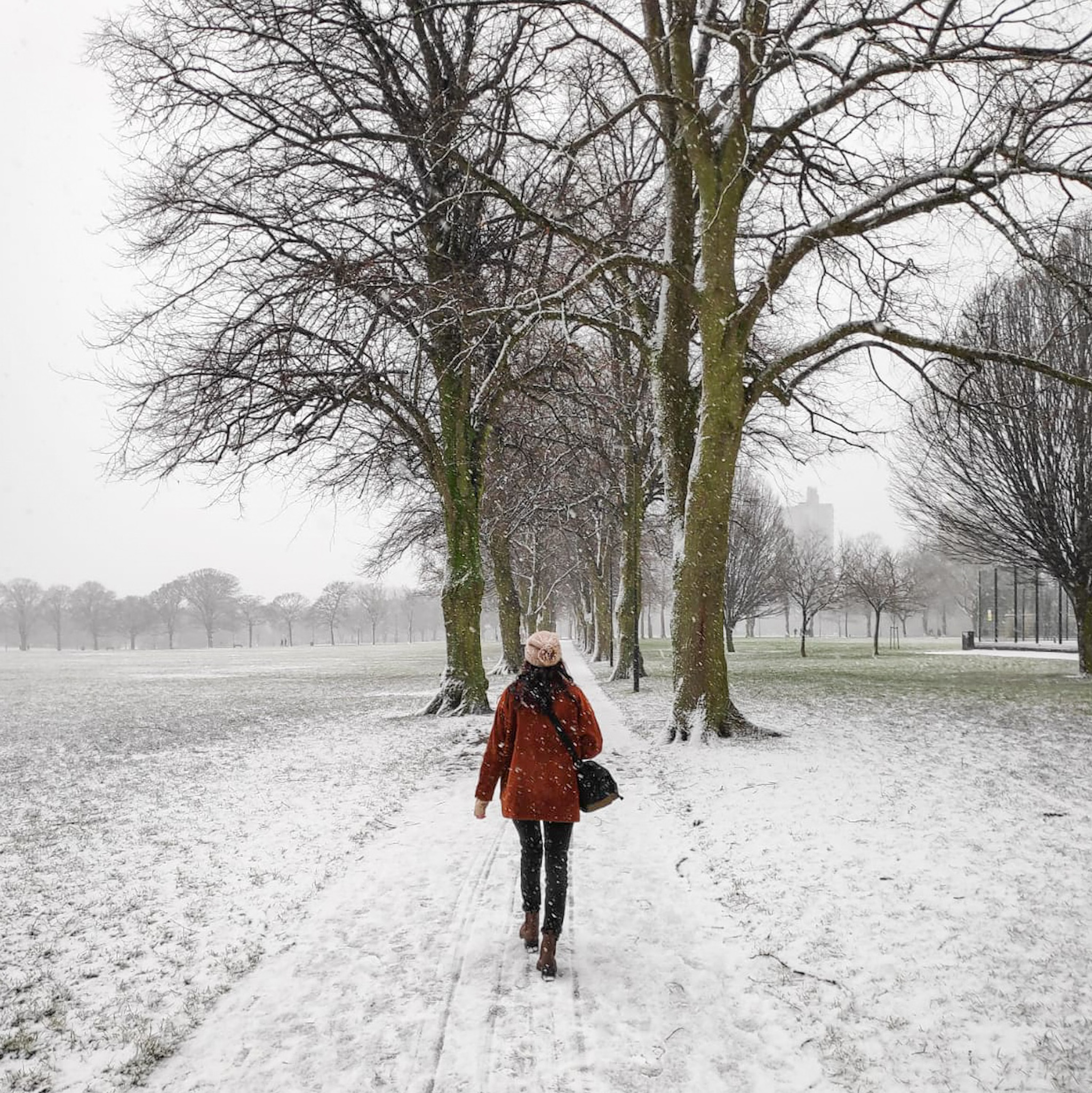