It’s January! This month is just the start of a new year for most people, but for me, it’s Veganuary. A month when all the foods you eat must be vegan (plant-based). Which I tried last year but failed miserably after I couldn’t go a week without cheese. I’m trying again this year, but have also failed because I’ve had cheese in a few occasions. But the month isn’t over yet, and I haven’t given up. I’m writing a post specifically about vegan cheese which I’ll post here soon, so I’ll explain more about my Veganuary journey then.

I gave up cow’s milk months ago when I first tried to go full vegan for a week. Since then, I’ve been drinking soy milk in my tea, and almond or oat milk for my cereal and milkshakes.
One of my resolutions for 2021, was to try to make my own plant-based milk, and I decided that Veganuary was the perfect time to do that.

How to make almond milk

Almond milk is my favourite plant-based milk. It’s creamy, flavourful and high in calcium. Since this was my first time making almond milk, I followed multiple recipes I found on Pinterest, combining them to create my own.

Since it’s all natural, shake the milk before using it, so it mixes well.
I had half a cup of leftover pulp which I used in my milkshakes to get a creamy, rich texture. Just add a spoonful of pulp per milkshake.

I loved making this milk, it tasted way better than the Alpro one I usually buy and it was fun to make. I will definitely keep making my own milk. It’s cheaper, pretty easy and fast to make (you just need to plan ahead to soak the almonds), and there’s no packaging involved if you buy the almonds from a zero-waste shop. 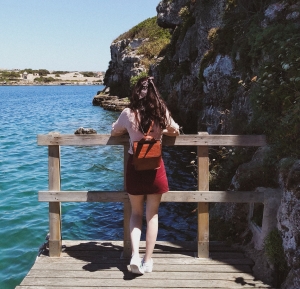